Crochet Dragon Pattern the perfect size for snuggling with! 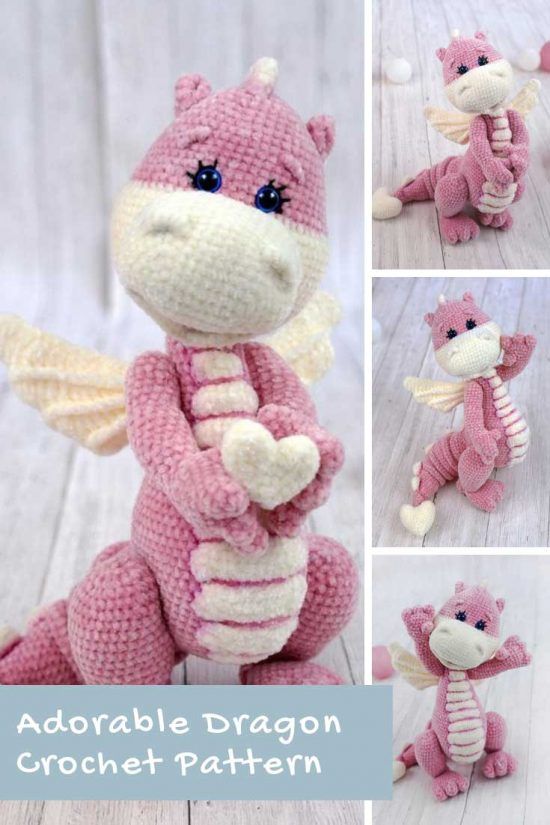 This crochet dragon pattern is so stinking CUTE! She’d be perfect for a Valentine’s Day gift!